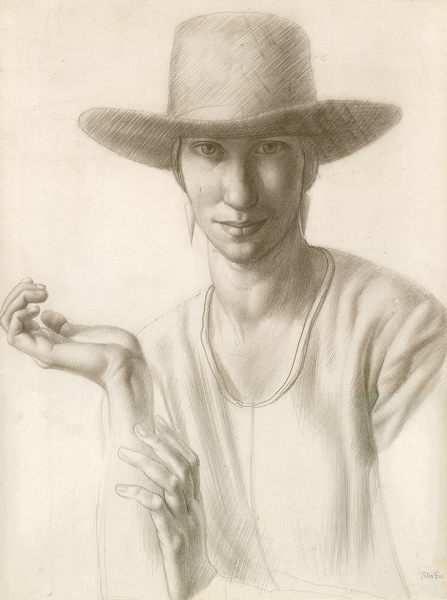 Gill was the first Rome Scholar in Decorative Painting.  He completed his stay at the British School in Rome in 1921 - shortly before Knights, the first woman to win the scholarship, arrived as his successor at the end of 1920.  They fell in love.

Each produced a pencil portrait of the other: 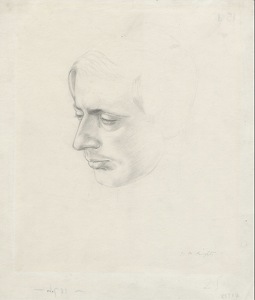 "I couldn't get [the newspaper] away from Gill; he had his nose glued to it for a whole morning, so I drew him - not at all a bad drawing"
Letter to Mother, 19th May 1921

Gill included Knights in the same pose as his portrait of her in his British School at Rome masterpiece Allegory, (completed in May 1921): 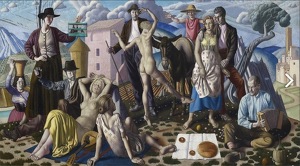